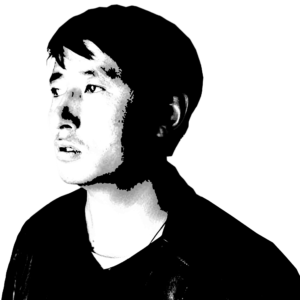 International Tibet Network
Five years ago today, Tenzin Delek Rinpoche died in Chinese custody after spending 13 years in prison for a crime he did not commit.

In remembrance of Tenzin Delek Rinpoche we founded 'The Medal of Courage', which is awarded annually to one or more Tibetan human rights defenders.

In 2020 we have been unable to organise a ceremony due to the global pandemic situation.

We are instead paying tribute to all Tibetan political prisoners, past and present, who have, and continue to, promote and protect human rights and freedoms.

Thank you to Nyima Lhamo, the late Tenzin Delek Rinpoche's niece, for this inspring message:

"Today marks the fifth year since the passing away of Tulku Tenzin Delek under China's custody.

For the last five years, International Tibet Network and many other organisations have

commemorated him and recognised the tireless efforts of Tibetans inside Tibet through the
Tenzin Delek Medal of Courage Award;

I would like to express my deepest thanks to everyone.

Many of us are aware that Tulku Tenzin Delek Rinpoche has dedicated his entire life working tirelessly for Tibet's religion and culture.

Because he was an ardent follower of His Holiness the Dalai Lama, China accused and sentenced him under false allegations.

After suffering 13 years of imprisonment, he was eventually murdered in China's custody.

Over the last 13 years Tibetans everywhere have been working hard to seek justice for Tenzin Delek Rinpoche, for which

Like Tulku Tenzin Delek, there are still many Tibetan political prisoners inside Tibet.

In Tibet, there is no freedom of speech,

you have no freedom of movement

Hence, I request you all to continue to stay determined and campaign for their resolution.

International Tibet Network
Tibet Action Institute experts are live and ready to support your digital security challenges or help answer questions you may have on WeChat, secure Apps and more.

Tibet Action Institute
Our tech experts will be live and ready to support your digital security challenges or help answer questions you may have on WeChat, secure Apps and more.
Ver en Facebook
Follow @TheTibetNetwork